Halloween is here! And with the occasion a plethora of things to do! Why not share some Halloween stories with your older spooks this year? Especially if they are no longer trick-or-treating, the ache is still there to participate in the Halloween fare.

Below is a short list of classic Halloween tales to get you started.

The Legend of Sleepy Hollow by Washington Irving 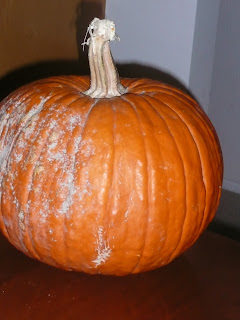 “The dominant spirit…that haunts this enchanted region, and seems to be commander-in-chief of all the powers of the air, is the apparition of a figure on horseback, without a head.
The Strange Case of Dr. Jekyll & Mr. Hyde by Robert Luis Stevenson
“It is useless, and the time awfully fails me, to prolong this
description; no one has ever suffered such torments, let that
suffice; and yet even to these, habit brought--no, not
alleviation--but a certain callousness of soul, a certain
acquiescence of despair; and my punishment might have gone on for
years, but for the last calamity which has now fallen, and which
has finally severed me from my own face and nature.”
The Raven by Edgar Allan Poe
“Once upon a midnight dreary, while I pondered weak and weary,
Over many a quaint and curious volume of forgotten lore,
While I nodded, nearly napping, suddenly there came a tapping,
As of some one gently rapping, rapping at my chamber door.
`'Tis some visitor,' I muttered, `tapping at my chamber door -
Only this, and nothing more.'”
The Premature Burial by Edgar Allan Poe
“To be buried while alive is, beyond question, the most terrific of these extremes which has ever fallen to the lot of mere mortality. That it has frequently, very frequently, so fallen will scarcely be denied by those who think. The boundaries which divide Life from Death are at best shadowy and vague. Who shall say where the one ends, and where the other begins?”
The Witches Spell by William Shakespeare
“Double, double toil and trouble;
Fire burn, and caldron bubble.”
by Kathryn Elizabeth Jones at Saturday, October 30, 2010 No comments: Related Posts
Email ThisBlogThis!Share to TwitterShare to FacebookShare to Pinterest

5 Classic Reads for your Kindergartener

Remember when Dick and Jane books, first published in the early 50s, were all the rage?  You couldn’t visit your friend’s house without seeing one on the coffee table or nearest bookshelf.  I should know.  I was part of that rage, and still love the family tales of Dick and Jane.
Today, there are many early reader books that take you beyond your home and backyard to places you could have only dreamt about before.  Still, coming back home and speaking with Spot is often the best sort of fun around, so we’ll start there.
Dick and Jane in “We Play Outside,” first published in 1951, is just such an example of coming back home.  The new editions (in hard back naturally) are published by Grosset & Dunlap for an entire new generation of early readers.  Spend time with Spot, Puff, Father, Mother, Sally, Dick and Jane, even a “Funny Frog” in this 143 page collection, and bring back the memories.  The book is $7.98 in the United States; $9.00 in Canada.
“Little Bear” by Else Holmelund Minarik, was first published in 1957, and thus started Little Bears first saga of wanting to go out into the snow.  What should he put on?  His mother makes him a hat, a jacket and some snow pants before Little Bear realizes his own fur will work just fine.  Hurray for Little Bear!  Four stories make up the first collection.  The book is 63 pages long and is published by HarperTrophy.  The winning illustrations by Maurice Sendak make this a never-to-be forgotten book.  Cost is $3.95 in the United States; $4.99 in Canada.
“Danny the Dinosaur,” by Syd Hoff was first published in 1958.  The story of Danny and the dinosaur is a fun take on the well known poem about Mary and her lamb, except this time around, there is a boy and a dinosaur involved.  Danny wants a dinosaur for a pet and surprisingly enough, the dinosaur at the museum wants a master, so they join forces.  Danny and his new dinosaur have a fun adventure; the dinosaur is happy to take “an hour or two off after a hundred million years” and Danny is more than happy to have him.  But what does a boy do when it’s time to go home?  This 64 page book is published by HarperTrophy and is $3.99 in the United States; $4.99 in Canada.  Text is a bit advanced for the earliest reader.
“Morris the Moose,” by B. Wiseman, was first published in 1959.  Morris is looking for a moose to be his friend.  He speaks with a cow who tries to convince Morris that he is not a moose.  When Morris sees a deer, he wonders the same thing.  Is he a moose?  The deer thinks that Morris is a deer, of course, so that confuses everything.  The horse thinks everyone is a horse like he is, (of course) because that’s what he is.  But when Morris and his friends find a “cool, blue stream” to drink out of, they all find out the truth.  Published by HarperTrophy, the 32 page book is $3.99 in the United States; $4.99 in Canada.
“The Horse in Harry’s Room,” was published in 1970, some 11 years following “Morris the Moose.”  Also written by Syd Hoff, this story of Harry and the horse he keeps in his room is a great book about keeping your imagination alive for a long as you need it to last.  The horse and Harry play and Harry rides, and nothing breaks.  Amazing!  Nobody can see the horse in Harry’s room, but Harry can see it and that’s all that matters.  But what happens when Harry tells his classmates about the secret visitor?  What does he think when he sees “real” horses in the country?  The book is 32 pages long and is published by HarperTrophy.  The cost is $3.99 in the United States and $4.99 in Canada.
School has just started, and your kindergartener will be reading before you know it.  Why not help them along with a fun gift or two?
by Kathryn Elizabeth Jones at Wednesday, October 06, 2010 No comments: Related Posts
Email ThisBlogThis!Share to TwitterShare to FacebookShare to Pinterest
Newer Posts Older Posts Home
Subscribe to: Posts (Atom)