Tell me a about yourself. What got you started in writing?

Mark: Six months laid up in bed after a leg operation. I had to put that time to good use so I decided to write a book as I didn’t have any money to play with on the stock exchange, my other probable project at that time.

Jacqueline: My father used to invent stories for me at bedtime when I was tiny and I would usually get him to change the ending, or things that I didn’t like along the way. Then, at the age of eight I spent hours writing a book, which I presented to my headmaster. He even wrote a critique back. 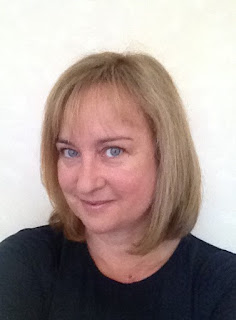 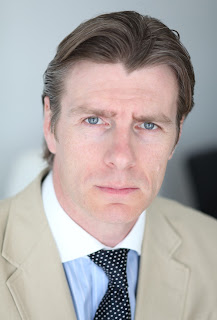 How do you schedule your writing time? When do you write?

Mark: Whenever my little one is asleep. Also, being a teacher I get some extra holiday time and that is when I get the bulk of my writing done.

Jacqueline: I’ve just given up teaching and both my children are at university, so I now have more time to write. I need to work out a schedule though, as when I sit down to write I can get so absorbed that I don’t get anything else done!

How and where do you write? Do you prefer a lap top or some other method of getting your words down?

Mark: Laptop is king and I write wherever I get time. The place is never a problem, only time is the controlling factor. So, in the livingroom, kitchen, on my knee on the train, in a café wherever.

Jacqueline: I use my laptop but it’s quite large so that does restrict where I can use it. I usually write at the dining room table or on the sofa. I’ve also started using my son’s old bedroom as a writing room. I would like a smaller laptop so that I can pop it into my bag and write anywhere.

Mark: The best part is being creative and setting down in words an idea that will make a reader pause for thought or a scene that will make them laugh or delight them, afford them a moment of escapism.

Jacqueline: I love it when I get into the writing flow. In those moments, it’s as if I’ve stepped into the story and my fingers are typing on their own. The worst part is the proof checking.

How did you come up with your book idea? How long did it take you to write your book?

Mark: I have had the idea building up inside my mind in idle moments over the past thirty-three years. The school I attended, the one in the story, had some unique attributes and stories attached to it, and for someone interested in history that got me thinking and one thought led to another.

Jacqueline: When Mark asked me if I would like to co-author the book I was delighted. It’s taken a year and a half from our first planning meeting to publication day.

What types of marketing do you do to promote your writing?

Jacqueline: We’re involved in many of the social media platforms such as Twitter and Facebook and have our website. We’re currently organizing interviews and features on blogs.

What are you currently working on? Do you have a new book out?

Mark: Book 2 in The Chester Bentley Series, which we can reveal will also be set in glorious Devon.

Do you have a project on the back burner? Tell me about it.

Mark: Myself, I have a completed history book on the Indian Famines under the British Raj. I have an MA in Imperialism so this is really my specialist area. It is a lamentable episode in British history and one we need to know more about, if we ever wish to claim that we truly know our own history. But as Bertrand Russell once said it is the citizens of the imperial power that are always among the last to know – or care – about circumstances in the colonies. I think he had a point.

Jacqueline: I’ve got two writing projects on hold at the moment. One is a book which I wrote for my own children a few years ago. The other is a romantic novel, set in Spain.

What would you tell a beginning writer who wants to publish but doesn't believe he/she has enough talent?

I suppose it’s a case of knowing if your writing is worth reading, and to find that out one can always turn to writing groups where people share their material and comment. That should give you strength to move forward secure in the knowledge that you are not deluding yourself. Beyond that, are you writing to serve a reading public or for a personal conviction? In the case of The Last Treasure of Ancient England, it’s both. In the case of my history book it is clearly the latter. A lot of people want to read a good treasure hunt, while not so many want to read about the negative aspects of the British Empire. The novel is an easier sell, while the non-fiction is a hard one. But you can always bypass the gatekeepers in today’s modern age and self-publish, after that if the material is read worthy then it’s a case of effective marketing and making sure your message gets heard. So, the final question is: are you ready to work as hard at marketing as you did when writing? If the answer is yes, then you need little more advice from me.

A Question for Me:

Would you ever include an opinion/ idea, a situation that you felt passionate about and knew might annoy your general readership but is something that needs to be said in the interests of free speech and individual expression?

Wow, what a question. I suppose I would. I mean, especially if I'm writing a non-fiction piece, I would want to be clear to my readership how I really felt. As an example, I recently wrote a political post on my blog, and I knew that some of my readers wouldn't like it, while others would appreciate it. Still, I felt strongly that the piece needed to be written. You can find it here: http://idea-creations.blogspot.com/2016/10/voting-my-conscience.html.

Thanks for the question.

Learn more about Mark and Jacqueline at the following sites: