I’m Luana Ehrlich, the author of Titus Ray Thrillers, a series of espionage fiction featuring CIA intelligence officer, Titus Ray, who comes to faith in Christ after living with some Iranian Christians following a botched mission in Tehran, Iran.

I grew up as a preacher’s kid, and it was actually my dad who gave me my first spy novel when I was eleven years old. After that, I was hooked on the thriller/suspense/mystery genre forever. I’m also a news fanatic, and I follow events around the world on a daily basis, particularly the Middle East.

I married a minister, and we’ve lived in several states in the South and Midwest and have served as
missionaries in Costa Rica and Venezuela. For the past two decades, we’ve lived in Norman,
Oklahoma, where my husband has been the pastor of a Baptist church.

I began writing the Titus Ray Series after my husband retired. Previously, I’d been a freelance writer
for several Baptist organizations, specifically Baptist Press, a news organization for Baptists, but I’d
always wanted to write a full-length novel. After about a week of writing on my first novel, One
Night in Tehran, I knew I’d found a new calling. 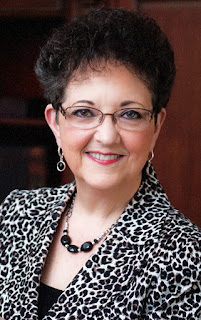 I write every day, usually about eight hours a day. My mornings are spent answering email, scheduling book promotions, responding to social media, and then I begin writing between 2:00-3:00 p.m. I take a break for dinner, and then I return to writing around 8:00 p.m., and I write until midnight. I’m also constantly editing as I write, which some people say is a no-no, but I was an editor for several years at the University of Oklahoma, and it’s difficult not to edit as I go along.

3.      How and where do you write? Do you prefer a laptop or some other method of getting your words down?

I have an over-sized master bedroom with a large entertainment center and a seating area. I sit in an cushy leather armchair with my laptop in front of me—an ottoman for my feet—and type away. I seldom write with a pen, but I occasionally jot down a note on my iPad.

My favorite part about writing is seeing how the characters develop and how the plot flows along. I usually only have a general outline—maybe five or six sentences—and then the story seems to write itself. That’s the fun part. The least fun part is marketing and promoting my books, but it’s not an abhorrent thing as it is to many writers. I just don’t like it as much as I do sitting down every day and writing the story.
5.
How did you come up with your book idea? How long did it take you to write your book?


I came up with the Titus Ray Series, when I heard about the persecution of Christians in Iran about five years ago. Because I've always been an avid reader of mysteries and thrillers, I knew my first book would be in this genre. However, when I heard about the Iranian Christians, I began asking several questions, which eventually became the plot line of the series. I wondered what would happen if a veteran CIA intelligence operative in Tehran encountered a group of Iranian Christians and became a believer. How would his conversion affect his career? How would a man trained to lie and deceive others be able to follow the teachings of Christ in the real world?

6.      What types of marketing do you do to promote your writing?

I’m into promotion and marketing in a big way. First, I have an author account on Amazon’s Author Central, and I include photos, videos, blogs on there. I have three websites which are book related:  LuanaEhrlich.com, TitusRayThrillers.com and PottersWordPublishing.com. Then, I’m on Facebook and Twitter with author accounts on both of those.

I do at least one promotion on a book club website per week, and I have my books enrolled in KDP Select on Amazon, so I take advantage of offering my books free or for $0.99 for a few days during a three-month period. I also have at least 4-5 book signings in my area during the year.

I’ve just finished Three Weeks in Washington, Book III in the series. It released on August 4th, and I’ve just started Book IV, Four Months in Cuba. Each book in the series ends with the concept of the next book.

I’m working on a recipe book of Titus Ray Recipes, which I’ll either offer for free or as a magnet for readers to sign up for my newsletter. Titus Ray mentions his love of cooking in all three of the books in the series, and he often cooks for people when he’s stuck in a safe house with them. It’s a kind of funky departure for him and for the kind of writing I do.

9.      What would you tell a beginning writer who wants to publish but doesn’t believe he/she has enough talent?

Several decades ago, a beginning writer knew they were good enough to be published because a publisher or a literary agent read their manuscript and contacted them. Now, the publishing industry is much different, and anyone who can format a manuscript correctly for Amazon Direct Publishing will see their book on Kindle. A beginning writer should always try to go the traditional route first and seek out an agent. If those contacts only offer rejections with no suggestions, it could mean the writing is mediocre. Submit the manuscript to peer critics and see what they have to say. Check  with creative writing professors at universities and ask for a critique. Join a writers group and seek out honest critics. In the end, most writers who write well know it, so being timid about publishing, even on Amazon, may be the result of a deeper self-esteem issue and not about the writing itself.

1       Should a fiction writer’s opinions, experiences, beliefs, etc. be evident in the story being told?

"Evident"? That depends. For my book, A River of Stones, the reader gets a clear picture of the main character, Samantha, and how she feels about life before discovering the Book of Mormon (Latter-Day Saint scripture). Because I am also LDS, some of my feelings about the LDS faith have naturally gravitated into the story. And this is not because I had the intention of bringing anyone into the LDS faith, but because I naturally went to the place where I have been helped through many difficulties in my own life. I don't think you can write any book without your soul taking up some space in it. Your opinions, experiences and beliefs make you the writer that you are, whether you spell out your faith in so many words, or keep it cloaked under the guise of a character who likes to pray as you do.

Learn more about Luana and her books at the following links:

My You Tube Channel: https://www.youtube.com/channel/UCJP4CyNkyS7tQ4u-UB7cRDQ